Skip to content
It’s for those well-travelled gentlemen who would like to save the travail of finding a better looking globetrotting companion and are content in the knowledge that on their wrist rests a handsome mechanical tour de force.

Editor’s note: Like you, we are also excited for 2022 novelties. Before we get to go hands-on with them, here’s our preview & Gut Reaction Review (Grr…) of the new Breguet Marine 5557 Hora Mundi. For our detailed hands-on reviews, please head to our dedicated reviews section here. This is not a sponsored post.

Look casually, and the new Breguet Marine 5557 Hora Mundi is basically the Classique “Hora Mundi” 5717 or the 5727 sitting inside the Breguet Marine Équation Marchante 5887 case architecture. But look closer, and a whole new world of details and charm opens up.

For the first time since 1996’s Breguet Marine 3700-series, the Hora Mundi in the Breguet Marine collection is back, this time around featuring the easy to operate instant-change dual-time display that sheds the 90s Jorg Hysek designed skin and presents itself in the case architecture of the updated Breguet Marine 2018-onwards Ulysse Nardin-esque style design that was debuted in the Breguet 5517.

This passing resemblance to some Ulysse Nardin Marine collection watches has had the watch enthusiast community raise concerns over its design, and their disconnect has been felt on various forums and watch blogs. And with the release of this new version, there perhaps would be some more chatter on the design of the Breguet Marine 5557 Hora Mundi given not only is the lug design similar to that of the UN Marine line, but the stylised metallised anchor at 6’ clock on the 5557 Hora Mundi also reminds of the UN logo.

Since I have been intrigued by the similarities for a bit as well, I figured this would be a good time to dive a bit deeper. And when observed carefully, one finds there are numerous differences.

First, as far as I know, both are designed by different designers, with Vincent Laucella designing for Breguet and Ludwig Oechslin for Ulysse Nardin. Second, the inspiration for the second generation of Breguet Marines takes roots in the Jorg Hysek design and revamps it by incorporating elements such as the one-piece lug representing the booms of a catamaran, and the more graphic wavy-guilloche representing the water waves and the wavy steel-and-glass sculpture named Rambla del Mar at Barcelona which further takes its inspiration from Spanish architect Josep Maria Jujol’s works. 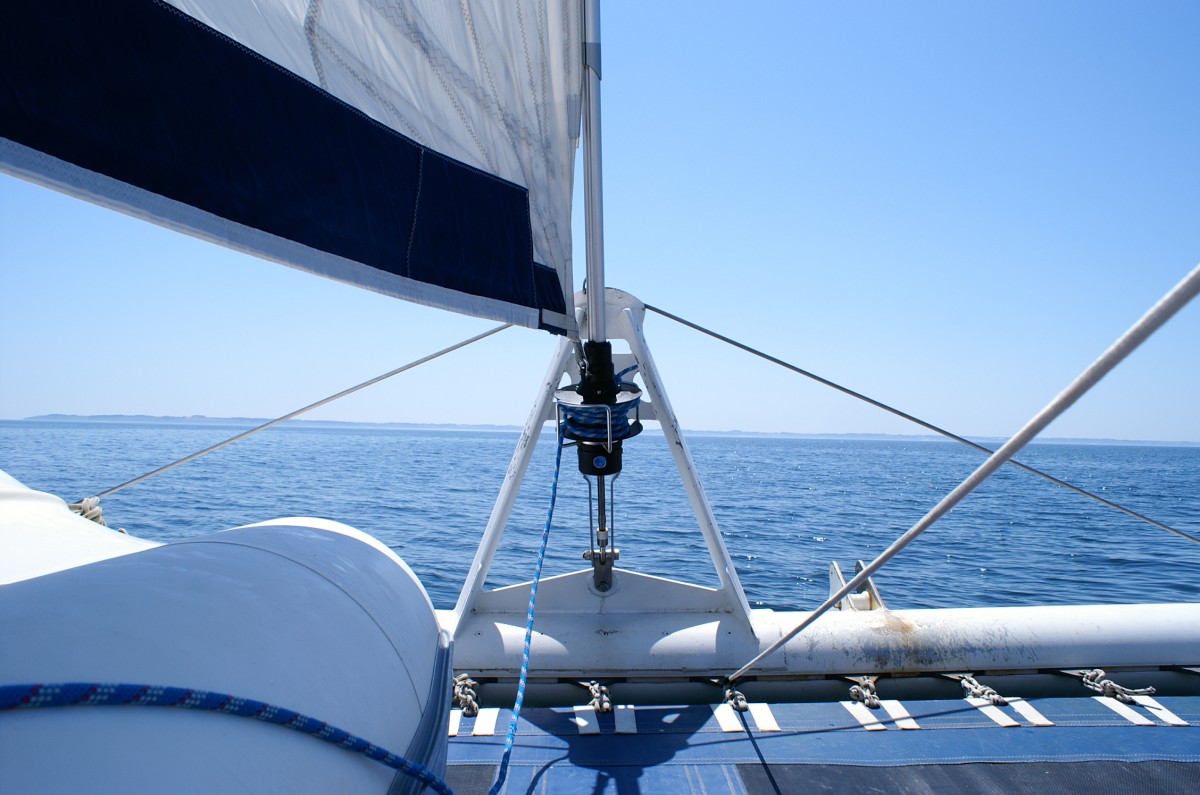 Jujol collaborated a fair bit with the famous Antoni Gaudí, and the free-flowing curved lines are emblematic of this duo’s work. Given Gaudi’s own work comprised of nature inspired organic designs or sort of biomimicry, I find it quite interesting that that’s taken the shape of marine world so many decades later. It’s kind of funny how this Spanish style from early 1900s made its way to the end of the century with the Rambla del Mar and subsequently on Breguet wristwatches from 2018 onwards.

Below are some patented diagrams that show the raw design of these pieces — the 5517 — and the inspiration is pretty clear. Here it doesn’t look anything like the UN pieces, but has its own distinct identity. I find this entire design lineage particularly fascinating given my own architectural background and love for my Breguet 5817. Frankly, I wish brands made design sketches or images available for the larger public to appreciate the thought that has gone behind the watch designs.

I personally like how the crown guards architecture and the stepped bezel just like that of the 5817 is still retained. In the case of this newer release, the first layer appears brushed, second polished, and then what appears to be a box-type sapphire crystal topping it all off.

On the whole, you would find that the new Breguet Marines in general are more streamlined, and wherever light hits a Breguet Marine, whether be it on the case, the coined edged case-bands, or the intricate hand-executed dials, it simply creates moments of pure ecstasy.

Granted I am yet to set my eyes on the new 5557 Hora Mundi in person, but if my experience with the brand’s previous releases, and the media pictures are anything to go by, this dial could very well be one of the best from this year. Different, intricate, hand-made and a thing to behold.

The dial is also much more intricate than the previous 3700-series. I would say it’s the Breguet Classique 5717 on testosterone. The play on materials, textures along with the superimposed plates is superb, and the use of hand guilloché and sunburst blue ensures that it turns heads wherever it travels with you.

The dial is in layers, with the gold base featuring hand-guilloché waves, a nod to Abraham-Louis Breguet’s connection with the nautical world and the French Navy. The dial features another mark of the brand’s nautical legacy that started with King Louis XVIII’s appointment of Breguet as the Watchmaker to the Royal Navy with a stylised metallised anchor at 6’o clock to mark the current city. The rest of the watch also features homages to that world with the inclusion of a boat’s / ship’s steering wheel design into the fold.

This deep blue sunburst wavy base is topped by a sapphire plate composed of the metallised meridians and the horizontally satin brushed continents with metallic turquoise border coastlines. Framing this vivid dance of horological mastery is the outer flange holding the world together for you.

It is a busy dial no doubt, but damn it’s beautiful. The brand also informs us that night-time legibility has not been comprised — though I wish they had provided with lume shots as well — and that the hours and minutes hand, along with the hour-markers are all in-filled with lume. There is also more surface and light play with the inclusion of the day/night indicator at 4’o clock, that’s accentuated by the hand-hammered luminous rose gold sun and the rhodium-plated moon playing hide and seek.

From the ribbon-end or bookmark end or flag-esque counterweight design of the seconds hand to the steering wheel shaped strap buckle matching the movement rotor, and from the symmetrically balanced two apertures at 12 and 6 to the “U-shaped” tip of the retrograde date hand of the former, there is so much to marvel at in the new Breguet Marine 5557 Hora Mundi.

And now for the movement.  The 28mm x 6.3mm calibre 77F1 features 40 jewels and 384 components, beats at the frequency of 4Hz, and provides with a decent 55-hour power reserve. The calibre 77F1 also features inverted lateral lever escapement with silicon horns, escape-wheel and flat silicone balance-spring. So for those travelling with these watches needn’t worry, as the brand informs us that the Breguet Marine 5557 Hora Mundi resists magnetic forces without compromising its chronometry and accuracy. So you can wear it without worrying about magnetic fields caused by things such as radio/mobiles or airport security gates.

The movement is decently decorated with Côtes de Genève, guilloché and snailed finishing.

But most importantly, it allows for an instant-change dual-time / date display by simply clicking the pusher at 8’o clock. It is essentially a time-zone jump display with synchronised date change and in 2011 it was the first of its kind. This patented additional module handles the dual time-zone mechanism, the changing date, the day/night display and the programmable and reprogrammable mechanical memory wheel.

The Breguet Caliber 77F0 allows you to set two cities (one each for local time and for home time) from the included 24-city disk each pertaining to the 24 time zones. Then you simply have to click the pusher to navigate between the two. Easy-peasy.

Should This Be Smaller?

2011 saw the launch of the Breguet Classique Hora Mundi 5717 with the in-house — to a certain degree Lemania based — 27.10mm diameter calibre 77F0, which was based on the same diameter Breguet caliber 777Q found in the 2006’s Classique 5177. This caliber 777Q featured a Swiss straight-line silicon lever and a free-sprung silicon balance spring but no silicon pallet stones (instead opting for synthetic rubies). It provided a 55-hour per reserve and fit inside a 38mm diameter and 8.8mm thick case.

The reason why I mention this is that the Classique 5177 fit most wrist sizes, including slimmer ones. Even my Breguet 5817 with 39mm diameter manages to fit my ~16cm wrists quite nicely. Now calibre 77F0 with the similar specs first fit inside the 44mm diameter and 13.55mm thick Classique Hora Mundi 5717, and subsequently also inside the 2016’s Classique Hora Mundi 5727 which was thinner at 12.6mm. Even the Breguet caliber 581DPE found inside the similar sized Marine Équation Marchante 5887 is a good fit for the 43.9mm case coming in at 37.78mm in diameter.

My point being, and not that I am a professional watchmaker or anything, but wouldn’t it be nice if the updated calibre 77F1 with 28mm diameter and 6.3mm thickness of the new Breguet Marine 5557 Hora Mundi fit inside a slightly smaller / slimmer case than the current 43.9mm x 13.8mm? Even the lug interhorn spacing is 24.5mm which means it will wear large. Of course the latest version is a comfortable 100m water-resistant compared to the 30m and 50m of its predecessors, so that’s something to consider as well.

This way those like me with smaller ~16cm wrists can also witness the beauty of these watches on our wrists.

Hora Mundi. I have been intrigued by the nomenclature of the collection for a while now.

If Breguet borrowed the name from Portuguese, then it translates to ‘World time’, which is kind of not entirely apt, given that the Breguet Marine 5557, and its predecessors since 2011, have not been true world timers — like the Patek Philippe references 5130 and 5131 with the Louis Cottier system — but rather impressively nuanced two time zone watches.

If, however, Breguet borrowed the name from Latin, which I believe translates to ‘the hour of the world’, then the nomenclature is right on the money.

Because that what it does. The 43.9mm diameter and 100m water-resistant Breguet Marine 5557 Hora Mundi released in both white or rose gold case with a hand guilloché, sunburst blue dial and sapphire plates features one of the most intuitive worldtime complication executions to ever come out of the watchmaking industry.

And it allows its wearers to make any hour, any place in the world, the best ‘hour of the world’.

As for me, I obviously prefer the sizing of the 3700-series, but the dial of this newer version is simply on another level. It’s in times like this one needs to go hands-on with a watch to figure out the exact feel of the size and wearability. Regardless of the perceived larger size though, in my opinion it is pretty much as good as a travelling watch is going to get.

Just like the fleets of the greatest explorers that sailed equipped with a Breguet timekeeping system, it’s time for you to set sail on your own horological journey with the new Breguet Marine Hora Mundi. It’s for those well-travelled gentlemen who would like to save the travail of finding a better looking globetrotting companion and are content in the knowledge that on their wrist rests a handsome mechanical tour de force.

To find out more about the horological journey with the new Breguet Marine Hora Mundi and their other watches, please head to their website here. All images unless otherwise stated are courtesy are © Montres Breguet SA. All Rights Reserved.